Market Insights
Market Outlooks
Print
Download
Share
report by Envestnet | PMC
This piece is approved to use with clients.

Today, we remember Jud Bergman, our Chairman and Chief Executive Officer.Jud founded Envestnet in 1999 on the premise that technology would change the financial advisor industry, and was known as a pioneer in fintech.However, Jud, along with Envestnet’sother founders, had roots in asset management.

One of Envestnet’sfirst acquisitions was Denver-based Portfolio Management Consultants (PMC) in 2001, which helped launch our growth in the asset management space and beyond.Jud’s vision propelled PMC’s expansion into offering a full range of solutions and services that help advisors deliver unified advice —so their clients can achieve financial wellness. We are committed to carrying out Jud’s vision, and we will continue to broaden our offerings and support a vast network of advisors.

PMC is proud to have been under Jud’s leadership these last 20 years.Together, we have worked alongside advisors like you to help your clients achieve their financial goals.Jud was a remarkable leader whose vision, understanding and drive built the foundation for Envestnet to be the company we are today. We believe the foundation he laid will continue to improve the lives of millions of investors through you, the advisor.

Jud’s vision will forever be the foundation of Envestnet.Thank you, Jud. We will miss you.

Chart of the Week 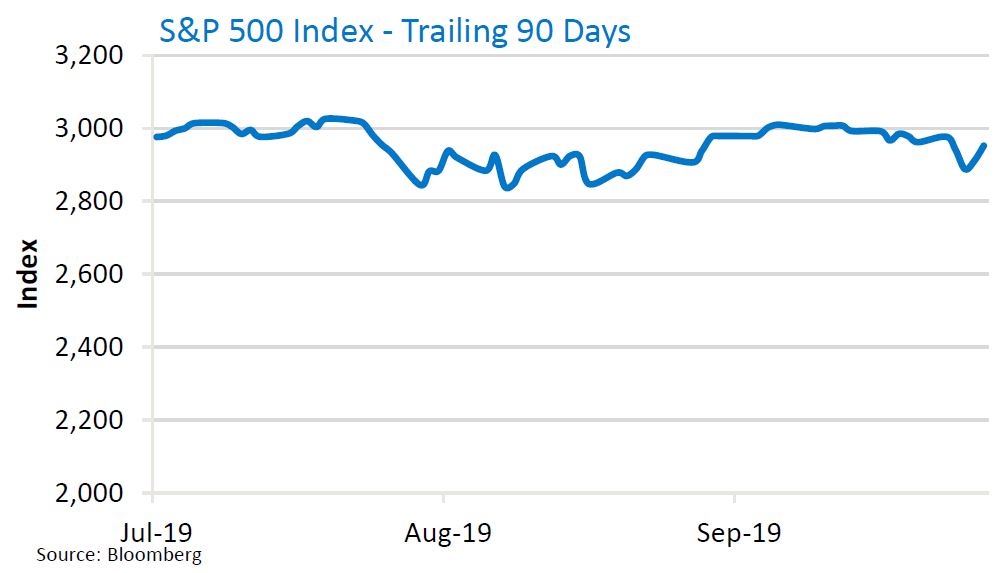 report by BMO Global Asset Management
This piece is approved to use with clients.

Read the Weekly Market Snapshot to stay up-to-date with stock markets and sectors, bond market returns and financial news for the week.

Weekly Market Compass: The market impact of coronavirus has begun to spread

The floodgates are opening. Companies are beginning to warn that the coronavirus outbreak will impact earnings, and stocks have begun to react negatively. Yesterday, Apple announced that the contagion will cause it to miss revenue forecasts for the quarter. The problems are on both the sales and production ends: Most Apple stores in China remain closed, and while Apple factories there have reopened, they are not operating at full capacity but instead are slowly ramping up production. In addition, Tesla and Alibaba have recently provided coronavirus-related earnings warnings. Alibaba has gone so far as to label the coronavirus outbreak a “black swan event.”